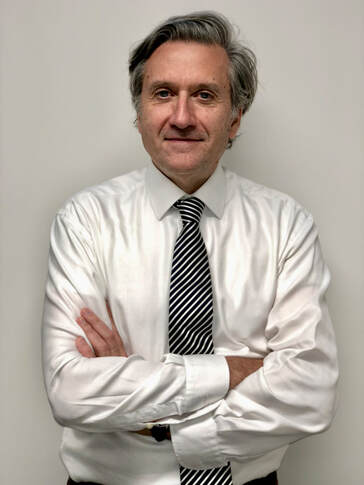 It was my pleasure to start as the new director of the AAO node at Macquarie University on April 29th after being non-resident in Australia for more than 30 years.

Following a PhD at the University of Melbourne, I began my working career at the Joint Astromomy Centre (JAC) in Hilo, Hawaii, then the old Royal Observatory in Edinburgh which later became the UKATC and latterly, a long stint of 14 years at ESO headquarters in Munich where I was variously head of instrumentation and later technology development.

Only a year ago I foresaw myself retiring at ESO, ultimately perhaps settling down in a villa somewhere near Lake Garda. Well, the re-organisation of the AAO, the new strategic partnership of Australia with ESO, and an invitation from Macquarie University to apply for the post of Director changed all that. My family and I are now settling down in Sydney, and I am happily immersed in the new job. The villa in Garda has turned into a surfboard at Curl Curl!

The AAO has had a great history in technology and innovation and in building ground-breaking instruments such as 2dF. With Australia’s new alliances with cutting-edge facilities and major organisations such as GMT and ESO our sights are now set beyond Australia’s shores to new challenges on a more ambitious scale. The new AAO, consisting of nodes at ANU, the University of Sydney and Macquarie has been set up to meet these challenges.

So far it has been a near-perfect start with AAO leading the new ESO instrument MAVIS, and receiving ESO contracts for pipeline software development. Further opportunities came up at an important ESO conference recently, the “VLT in 2030” workshop, (see the next ESO blog post by Michael Ireland). Although primarily focussing on the next generation of instruments to be funded out of ESO’s Paranal instrumentation programme, several talks looked to the decade beyond 2030. This is because substantial funds (100 MEuros) start to become available on that timeframe which would allow major new undertakings. In this context, my own talk at the conference focussed on the possibility of converting a single UT to wide-field spectroscopic use while maintaining its VLTI feed. It seems likely that a 1.5 deg field conversion of a VLT would be feasible. But more generally the idea of a next-gen spectroscopic facility with 8m or more of aperture seems to be on the agenda of many organisations and astronomers, including at ESO.

In addition to this, many other projects were proposed at the conference and we hope to have substantial participation in some of these, with subsequent return of Guaranteed Time Observations (GTO) to Australian astronomy in many cases. So watch this space!