The Murchison Widefield Array (MWA) is a radically new type of radio telescope, with no moving parts, and dependent on prodigious computer power to create exquisite real-time wide-field images of the radio sky. 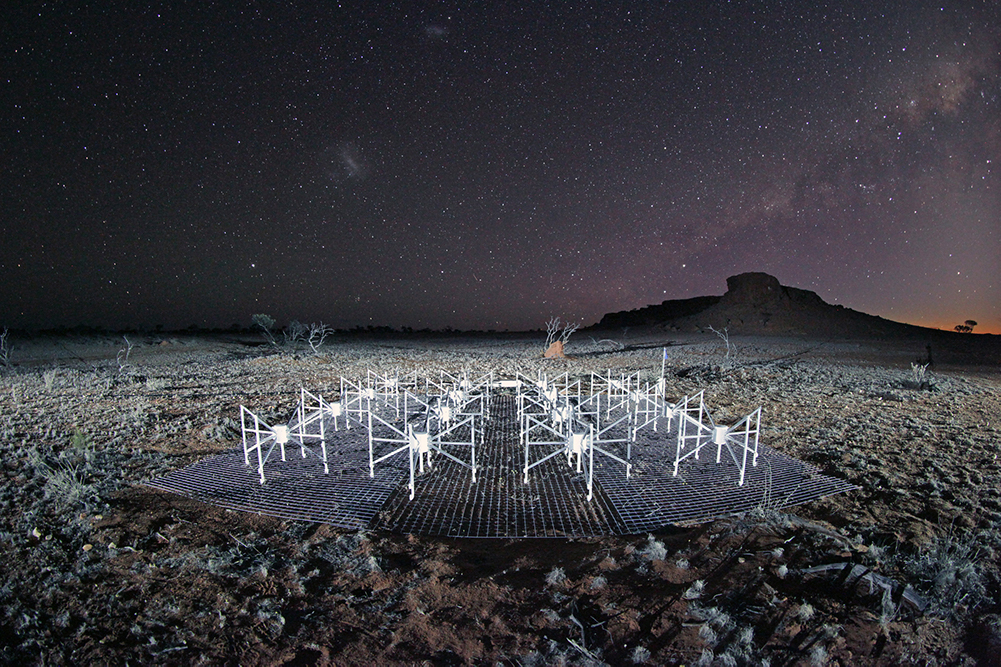 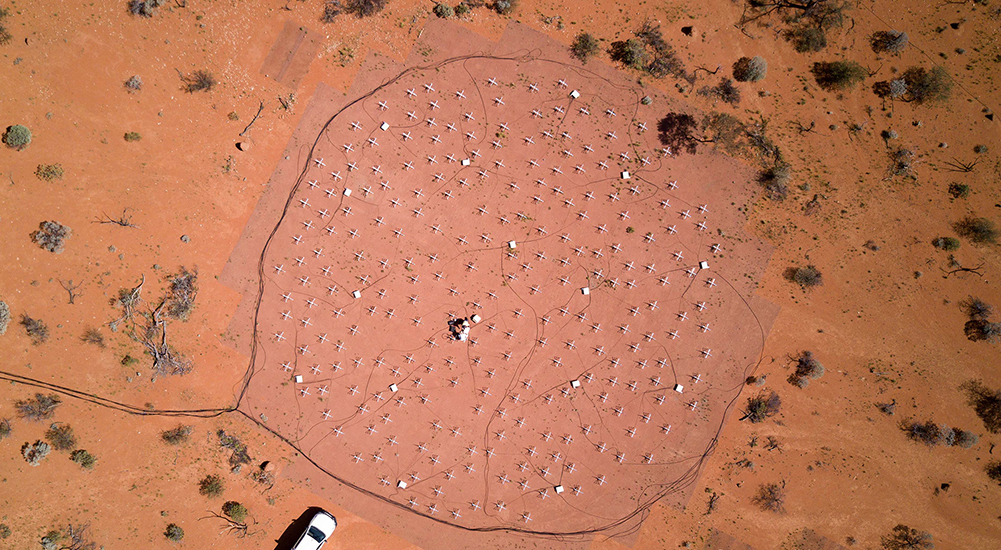 A birdseye view of the Engineering Development Array (EDA), a separate telescope located near the core of the MWA. Credit: ICRAR/Curtin. 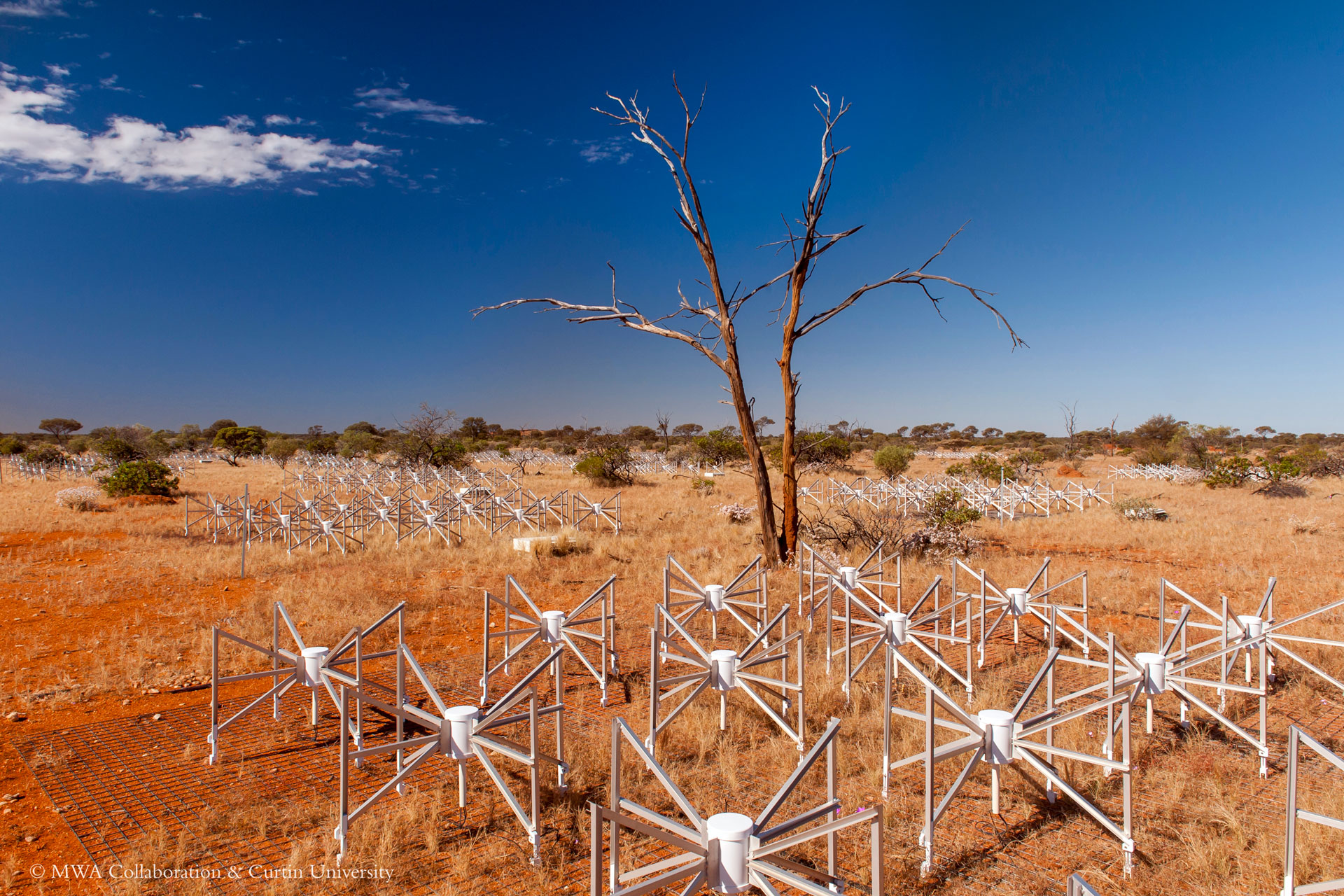 The MWA is a low-frequency radio telescope, located at the Murchison Radio-astronomy Observatory (MRO) in Western Australia where the future Square Kilometre Array (SKA) low-frequency array will be built. The MWA is a collaboration between 20 research institutions in five countries (Australia, Canada, China, Japan, and the United States) and is led by Curtin University.

The MWA is designed to have a wide field of view on the sky thanks to the thousands of small, dual-polarization dipole antennas spread over several kilometers at the MRO site. These give the MWA flexible angular resolution and nanosecond time resolution – making it invaluable for quick sky mapping and the study of rare and faint events as they happen. MWA is also highly versatile and adaptable through signal processing.

In addition to contributions from partner institutions, funding for MWA is provided by NCRIS via AAL. This funding provides support for staff salaries, infrastructure maintenance, archival access, utilities, and MRO site costs.

The signal processing operations of the MWA telescope are mainly achieved by a correlator.  A new correlator, dubbed ‘MWAX’, has been designed with increased functionality to remove arbitrary limits and support more flexible observing modes and the expansion of the telescope. MWAX is funded by an NCRIS Contingency Reserve grant to Curtin University administered by AAL.

Commissioning of the MWAX correlator was completed at the end of 2021, and marks a signiﬁcant achievement for the MWA. This involved in-house software development, procuring and benchmarking state-of-the-art hardware systems, end-to-end testing, deployment, and installation on site, and ﬁnally technical and science commissioning. This is the crux of a highly anticipated upgrade which will enable a broader range of science cases and increase the quality and availability of MWA data. Following the provision of new receiver modules, MWAX will also be able to correlate the signals from all 256 tiles simultaneously rather than the previous limit of 128 tiles.