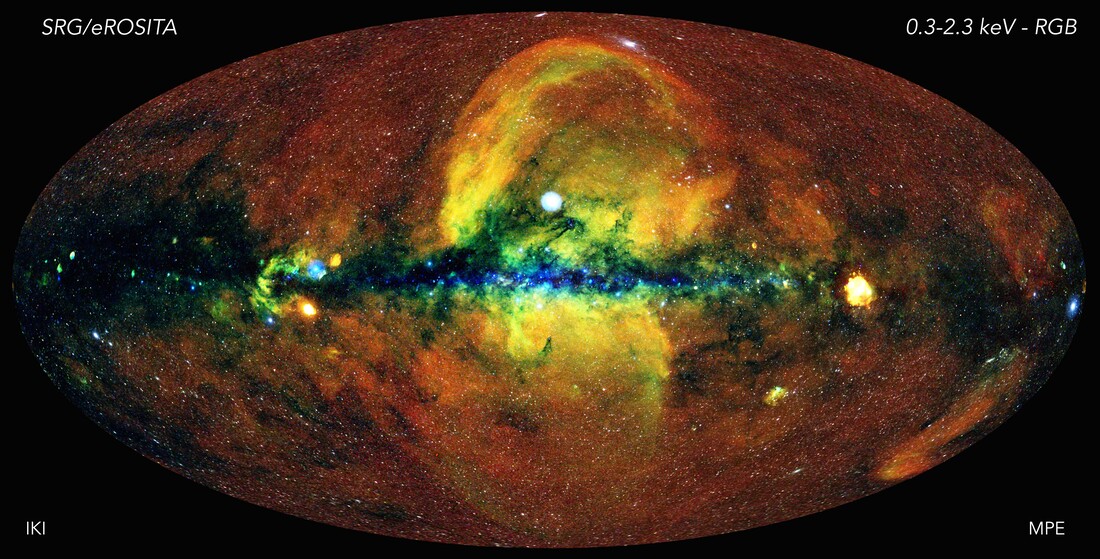 A third call for joint Australia-eROSITA_DE projects is now open. Proposal submissions will be accepted until 11 February 2022. This call follows two previous successful calls for joint projects under the agreement between Australian-based astronomers, represented by Astronomy Australia Limited (AAL) and the German eROSITA Consortium (eROSITA_DE).

In 2013, CAASTRO and the Max Planck Institute for Extraterrestrial Physics signed a memorandum of understanding designed to promote collaborations between Australian scientists and members of the eROSITA consortium. AAL has taken over responsibility for the agreement with eROSITA and the MoU agreement between AAL and eROSITA_DE covers all astronomers at Australian Institutions. A large number of current and planned Australian surveys provide data for multi-wavelength projects, using the national and international facilities participating in this collaboration. This provides some exciting new opportunities for multi-wavelength astronomy projects across the southern sky.

The first eROSITA all-sky survey was completed in June 2020, revealing a spectacular vision of the hot and energetic universe. The result has created a new map for astronomers, with this new survey capturing over one million objects – far exceeding the number discovered by previous X-ray telescopes.

Given all the above developments, and the success of the collaboration to date, a third call for proposals for joint Australia-eROSITA_DE projects has been released.

Proposals should be submitted via this template and emailed to the eRosita_DE/Australian Collaboration Technical Secretary, Shona Madoc: [email protected]. The process of proposal assessment is described on the AAL eROSITA Project Application webpage.

The collaborative science projects will:

It is strongly encouraged that potential proposers get in touch with their corresponding partners early on. If  interested parties would like to use eROSITA and Australian facilities for their research, but do not know who to contact specifically, the AAL eROSITA Collaboration webpage includes a list of eROSITA_DE contacts including Chairs of Science Working Groups.