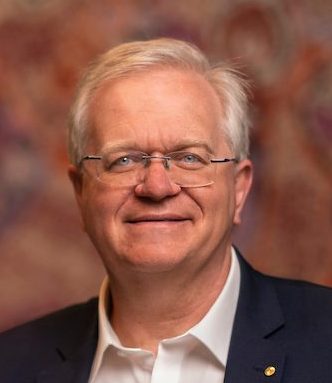 Professor Brian P. Schmidt AC FAA FRS is the Vice-Chancellor and President of the Australian National University and a Board Director of AAL. Credit: Jamie Kidston/ANU).

Brian Schmidt is Distinguished Professor of Astronomy and the 12th Vice Chancellor and President of the Australian National University. For his work on the accelerating universe, Brian Schmidt as leader of the High-Z SN Search team was awarded the 2011 Nobel Prize in Physics, jointly with Adam Riess and Saul Perlmutter. Schmidt has worked across many areas of Astronomy including supernovae, gamma ray Bursts, exo-planets, and metal poor stars. He was the lead scientist of the SkyMapper telescope from inception through to 2015. Professor Schmidt has previous served on the AAL Board from 2007-2015, and as its chair from 2013-2015. He has served on, the AAT Board (2004-2009), the Australia Telescope Steering Committee (2010-2013), the Questacon Advisory Board (2012-2015), the Council of the Australian Academy of Science (2012-2016), and the AURA Gemini Oversight Council (2008-2014), and since 2015 on the Australian National Science and Technology Council (and its previous incarnations). He also serves as Chair of the Go8, and as a member of the Fulbright Australia Board, and Ian Potter Foundation Board.