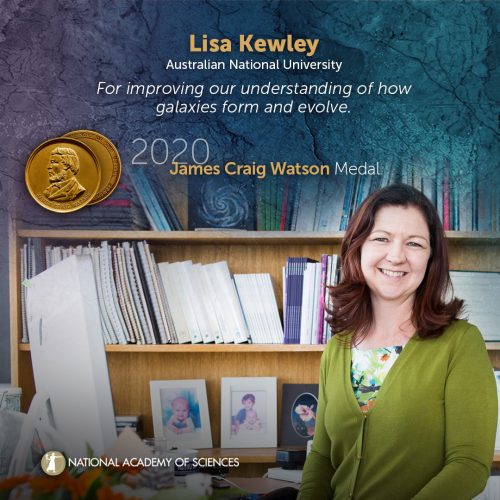 AAL would like to congratulate Professor Lisa Kewley of ANU, winner of the 2020 James Craig Watson Medal. Awarded by the National Academy of Sciences in Washington DC, Professor Kewley was recognised for her pioneering contributions to the study of galaxy formation and evolution. Amongst her other accomplishments, Professor Kewley produced the first models for star-forming galaxies to include a variable temperature and density distribution within the galaxy.

The director of ASTRO 3D and an ARC Laureate Fellow at ANU’s Research School for Astronomy and Astrophysics, Professor Kewley is the first person in Australia (and in the Southern Hemisphere) to be recognised with this major US award since it was established 133 years ago.