The Australian Gravitational Wave Data Centre (GWDC) has played a vital role in the recently announced detection of 35 new gravitational wave events – a record number over a 5 month period between November 2019 and March 2020. 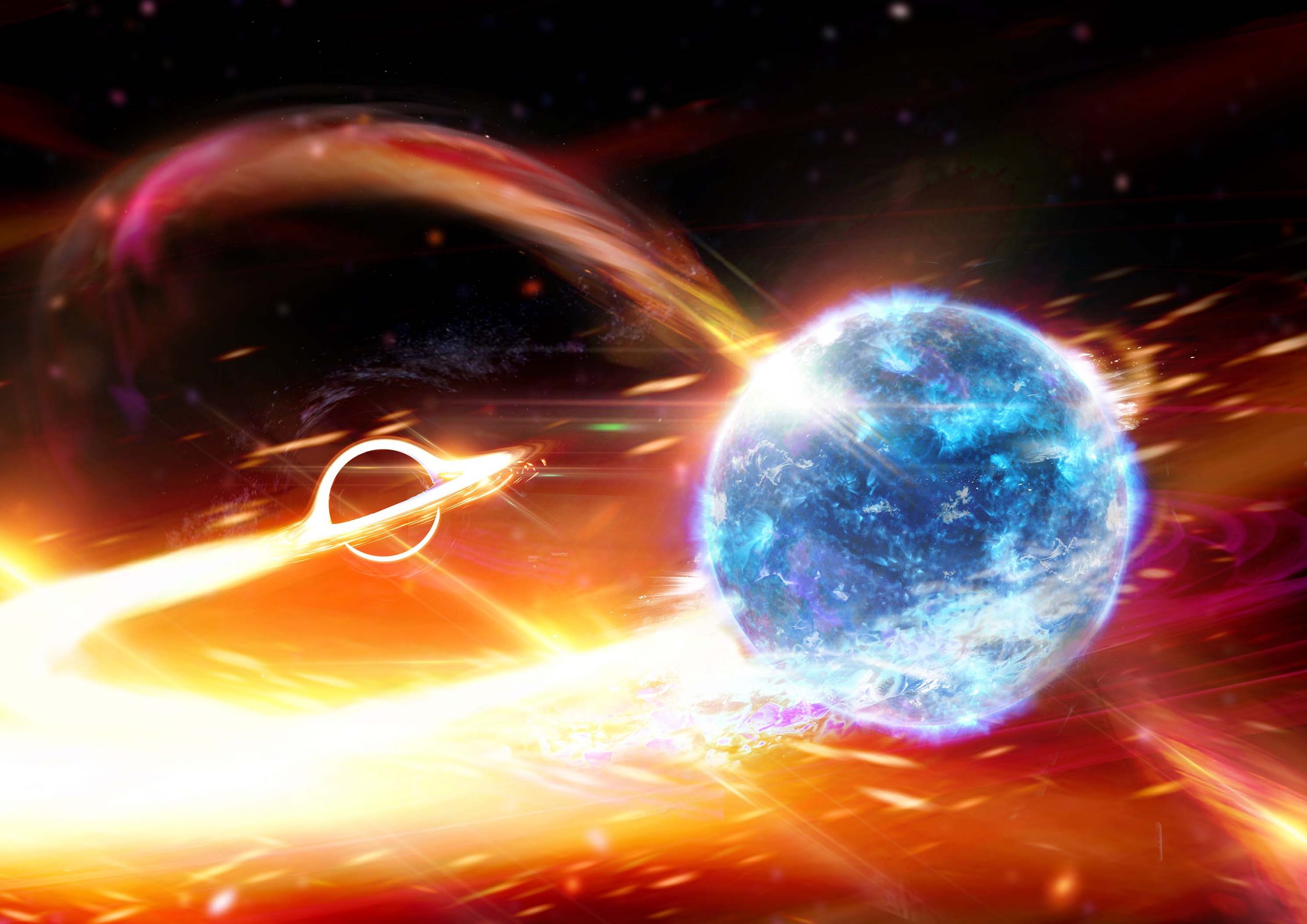 Artists impression of a collision between a black hole and a neutron star. Credit: Carl Knox/OzGrav ARC Centre of Excellence.

On Monday the 9th of November the international collaboration to detect gravitational waves released its third catalogue of detections. Observational data collected during the “O3” observing run (21 weeks from late 2019 to early 2020) required 18 months of analysis before researchers could understand the nature of the systems behind each event. The catalogue lists 35 new events, bringing the total number of gravitational waves detected since 2015 to 90.

Gravitational wave detection requires instruments capable of some of the most precise and sensitive measurements ever made. Analysis of the measurements then require sophisticated codes run for many months on vast supercomputers. Researchers responded to the scale of the problem by forming a global collaboration based around two detectors in the US (LIGO Hanford and Livingston), one in Europe (Virgo) and one in Japan (KAGRA), and a number of supercomputing centres including the GWDC in Australia.

Funded by the National Collaborative Research Infrastructure Strategy program (NCRIS), the GWDC supported the latest international effort in a number of key ways:

The Australian Research Council (ARC) and NCRIS support is acknowledged in the paper describing the latest gravitational wave discoveries.

The GWDC has provided support that critically enables Australian gravitational-wave researchers to continue their leading role in this exciting new scientific field of discovery.

The GWDC is supported by NCRIS via Astronomy Australia Ltd (AAL) and is hosted by Swinburne University of Technology.

For more information, please read the original paper, the Online Gravitational Wave Transient Catalogue 3 preprint, or the see the review article published on the Nature website.