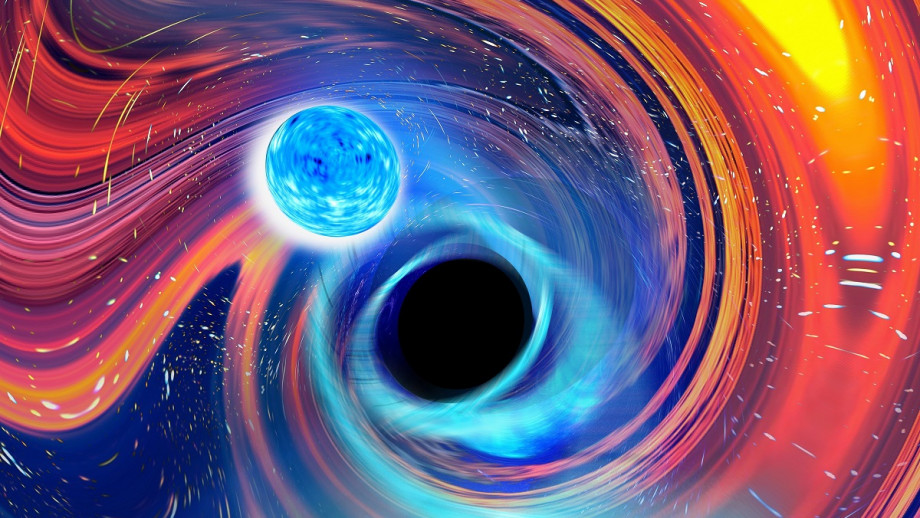 Australian researchers have played a key role in a recent discovery of gravitational waves caused by the merger of a neutron star and black hole – the first time this particular event has been detected. Gravitational waves from the extreme event took over a billion years to reach us here on earth, and remarkably this world-first event was then followed by a second merger – also between a neutron star and black hole – occurring a mere 10 days after the first detection.

The two events were detected by the gravitational wave observatories in the US (LIGO) and Italy (Virgo) on January 5 and January 15 2020. The first involved a black hole with a mass approximately nine times that of our Sun, and a neutron star with a mass close to two times that of our Sun. The second involved a smaller black hole at close to six solar masses and a neutron star coming in at about 1.5 solar masses.

A paper related to these findings has been recently published in The Astrophysical Journal Letters.

A large international team of scientists made this discovery possible, with Australian researchers from a variety of institutions playing a key role in the world-first detections – including those from the ARC Centre of Excellence for Gravitational Wave Discovery (OzGrav). In order to confirm these detections, pipelines to process and analyse data from the gravitational wave interferometers were used, like the one located at the University of Western Australia. Known as the Summed Parallel Infinite Impulse Response (SPIIR) pipeline, it is Australia’s only real-time gravitational wave detection pipeline – developed and operated in collaboration with the Gravitational Wave Data Centre (GWDC), located at Swinburne University of Technology in Melbourne.

Previous detections by the international team included the merger of two neutron stars and those involving two black holes, but the detectors had yet to capture the collision of a neutron star and black hole, until now. It is hoped that these and future detections will enable astronomers to learn more about these extreme objects,  and answer some of the mysteries surrounding their physical properties as well as how they affect the space around them.

Expressions of Interest (EOIs) are being accepted for the next semester of the Astronomy Data and Computing Services (ADACS) Merit Allocation Program (including guaranteed time...
News, Proposals