Meccanica – Continuing the family business; 60 years of specialising in precision engineering and manufacturing

Robert Boz’s family history is synonymous with astronomical engineering and manufacturing achievements. His parents established their precision manufacturing business in 1965, which now stands as Canberra’s oldest engineering company. In 1970, their project received the Prince Phillip Award for Innovation after manufacturing a fully automated 108-position sample loader, used for analysis of lunar materials brought back from the Apollo missions. Between 1999 and 2001, the company was also involved in manufacturing mechanical components for Australia’s Federation Satellite (FedSat), a 58kg micro-satellite that was successfully launched in 2002.

Carrying on in his parent’s footsteps, Robert studied Mechatronics at The University of Sydney, and when bushfire destroyed much of the Mount Stromlo Observatory in Canberra, he was recruited to rebuild some of the destroyed instruments. Since then, Robert has taken over the family business, with his team at Meccanica providing highly specialised services in engineering, design, research, and development.

Meccanica has prototyped devices for the future Giant Magellan Telescope, helping its key spectrographic instrument (called GMTIFS) maintain a cool temperature during observations. The enclosure (known as a cryostat) is designed to provide precise temperature control at -150°C. Spectrographs are used to split the light observed from an astronomical object into its component colours (or wavelengths), which provides insight into its chemical composition – something that cannot be ascertained from visual observations alone. Robert was also involved in the design and construction of the space simulation facility known as “Wombat XL”, located at the Research School of Astronomy and Astrophysics at Mt Stromlo, which enables the testing of payloads designed for space.

Meccanica has proven heritage in the delivery of cryogenic detector systems (with stability of 1mK) and long-life cryogenic mechanisms for use in astronomy. Having undertaken ESA qualified training in space tribology, Robert is a prominent figure in determining best practices and life ratings in the astronomy sector.

With exposure to the industry from a young age, Robert and his team actively pursue new ways of maintaining a high level of specialised service for both current and prospective clients. Working with their customers to ensure deliverability of the required product, Meccanica has recently purchased a measuring arm – a mobile coordinate measuring instrument – which allows quality control, inspection, and verification of small- to large-scale parts in the workshop. This complements an existing Zeiss optical measuring machine and a fully temperature-controlled workspace.

Meccanica has a long-standing relationship with astronomy manufacturing and is continuing to grow in capacity and capability. While some contracts are re-occurring with repeatable components, many involve specialised analysis, research, and development work to meet the specific needs of each client.

We’re a micro-business, but we know what our strengths and capabilities are.

To find out more, please visit the Meccanica website. 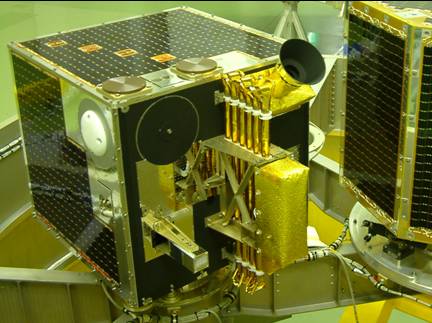 Marco Engineering was involved in manufacturing mechanical components for Australia’s Federation Satellite (FedSat) between 1999 and 2001. Credit: University of South Australia. 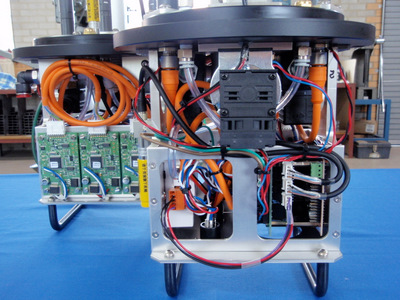