The RTC is the heart of the Adaptive Optics (AO) system for the twin Keck Telescopes – a technology that allows ground-based telescopes to measure and counteract (in real time) the turbulence present in the Earth’s atmosphere, sharpening up an image to match the resolution possible from orbital telescopes. The Keck’s AO system is essential for obtaining observation results from between 70 to 100 nights per year, with the the twin Keck telescopes serving a broad international community of astronomers, from the likes of the University of California and Caltech, to NASA and other space organisations.

While AO systems have been used on the Keck for several decades, it was determined that a new RTC was required, one with much greater computational throughput. The collaboration involving Professor Glazebrook and his team eventuated after the head of AO at the Keck Observatory visited Swinburne to discuss their proven expertise in computational science and supercomputers. After Professor Glazebrook was introduced to another group at the University of Paris, who had been developing GPU based AO algorithms, a collaboration was formed between these two institutions – along with Australian National University (ANU) and an Italian company called Microgate (who created the timing systems for the existing RTC and led the project overall) – submitting a design for a new RTC in response to Keck’s call for proposals.

A new RTC would have to be as flexible as possible in order to perform regular system updates, something that the existing AO system was unable to manage efficiently. Hence the computational speed, software expertise and timing precision of the design offered by their collaboration was sufficient to make the team successful bidders. Microgate led the overall project and developed the ‘Interface Module’ hardware that communicated with all the AO sensors and actuators. Swinburne led the effort to create the ‘Computational Engine’ in collaboration with the ANU and Paris Adaptive Optics groups. The Computational Engine is a high end custom Linux server with twin NVIDIA V100 GPUs that executes a custom adaptive optics pipeline, based on code developed by Paris’ GreenFlash project. For the project, Swinburne’s expertise in high performance software pipelines (from SKA heritage) were highly complemented by ANU’s expertise in AO algorithms and systems in developing and deploying an integrated, functioning system.

For their part of the project, Swinburne was greatly assisted by the experts from ADACS, who provided a depth of software engineering expertise that was vital to the success of the project, with a specialist programmer assigned specifically to work on the project.

It has been very exciting for Swinburne to deliver this first instrument to Keck and see the first light images. This has been a major software engineering project and wouldn’t have been possible without the depth of expertise built up from the Square Kilometre Array (SKA) and Astronomy Data and Computing Services (ADACS). In particular the keen project management of Andrew Jameson and the programming skills of Will Gauvin. I am proud of what this team and this extended collaboration has accomplished.

The new RTC, designed and developed by this collaboration, has 100 times more computational throughput than conventional AO computations. This means that each frame captured can have more complex algorithms applied to it, and the rate of each frame will be two to four times faster than the current AO system.

This dramatic increase is all down to the new Graphics Processing Units (GPU). It is the first time flexible GPUs have been used for this purpose on a large telescope, enabling software modes that can be changed and reconfigured quickly, as opposed to current AO firmware-based systems in use that are not nearly as flexible. Considering the speed in which the correction mirrors must flex in order to keep up with the rate of changing atmospheric turbulence, the speed and flexibility of the new RTC computer developed by the team is a game-changer for the future of AO systems worldwide.

From project commencement in July 2018, the collaboration designed and developed three RTCs – one for use on each Keck telescope and another kept as a backup. While the program was delayed (partly due to COVID-19), engineering tests have taken place and the project recently reached a major milestone – achieving “on sky” status in May 2021 for the first time in one mode. Once “on sky” status is achieved in two modes, the project will be given the green light to replace the current RTC on the twin Keck telescopes. A completion date for seven fully finished AO modes is expected at the end of 2021. With a system capable of operating in 11 modes, possible future applications include installation onto other ground-based telescopes around the world, as well as real time machine learning opportunities and adapting this world-first RTC technology to harness a greater resolution for earth satellite imagery.

For more on Professor Glazebrook and his team’s involvement in developing the new Keck RTC, please see this link. 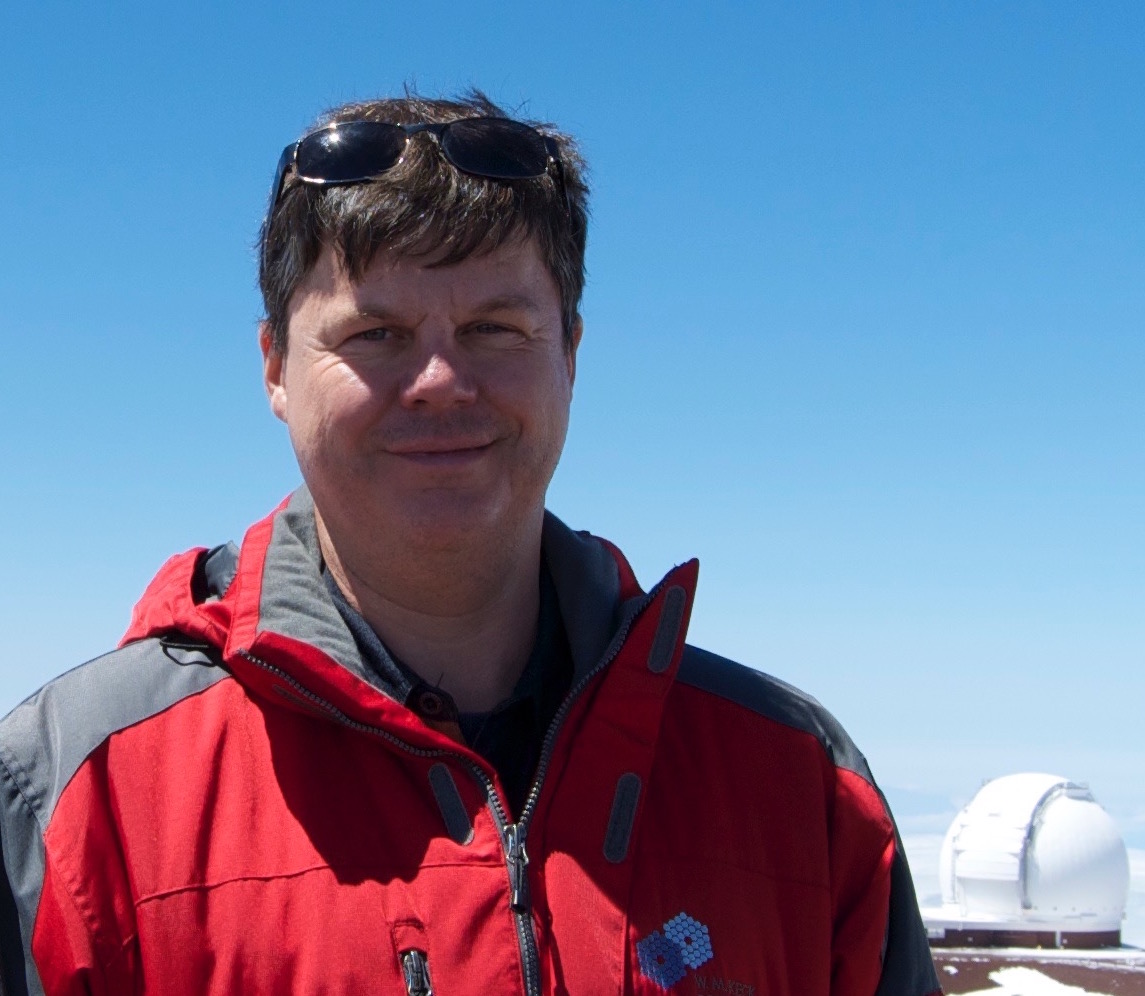 Professor Karl Glazebrook at the W. M. Keck Observatory, near the summit of Mauna Kea, Hawaii. 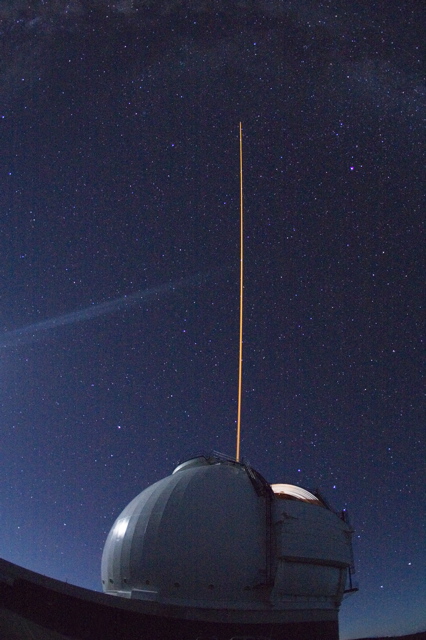 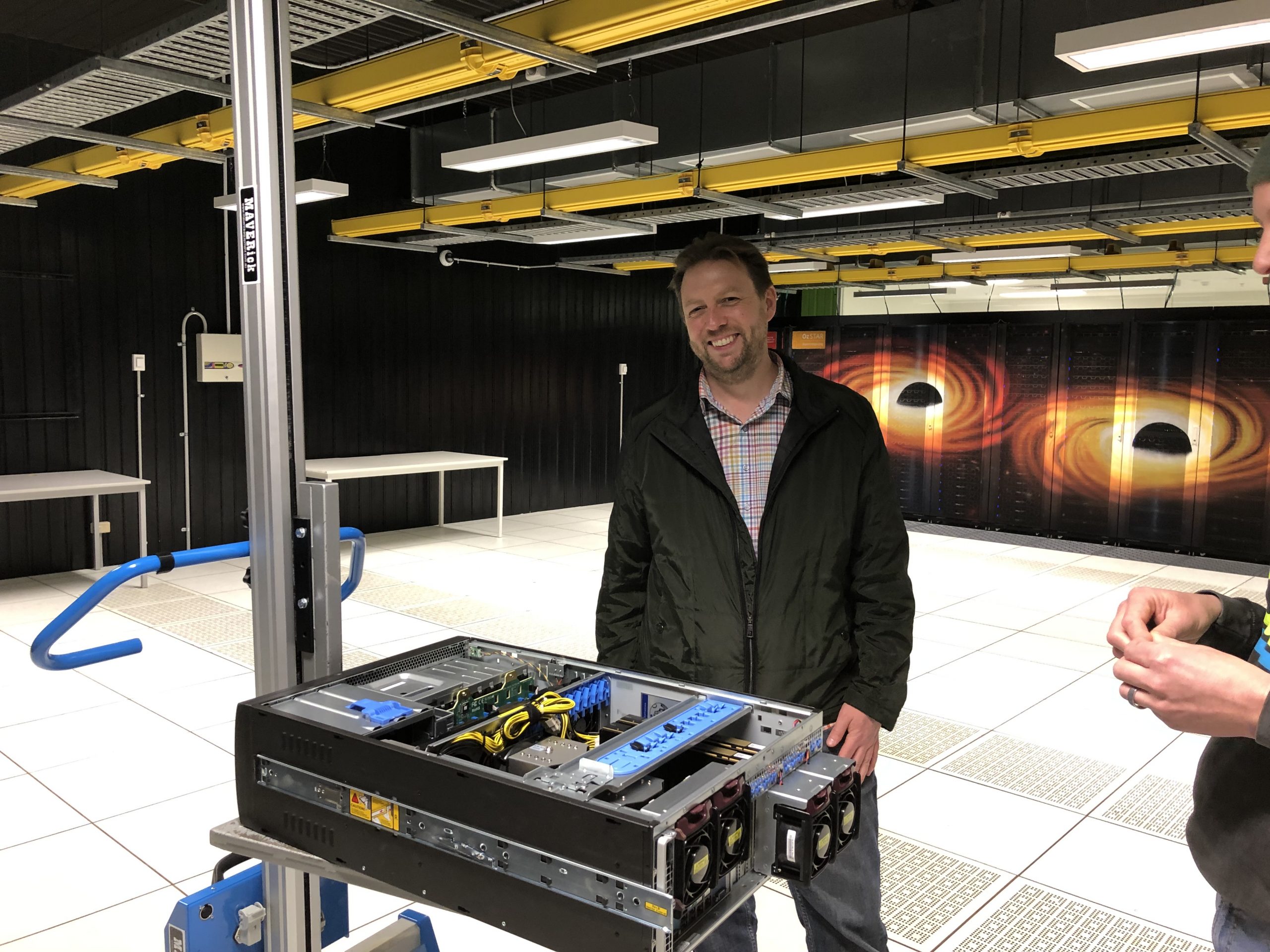 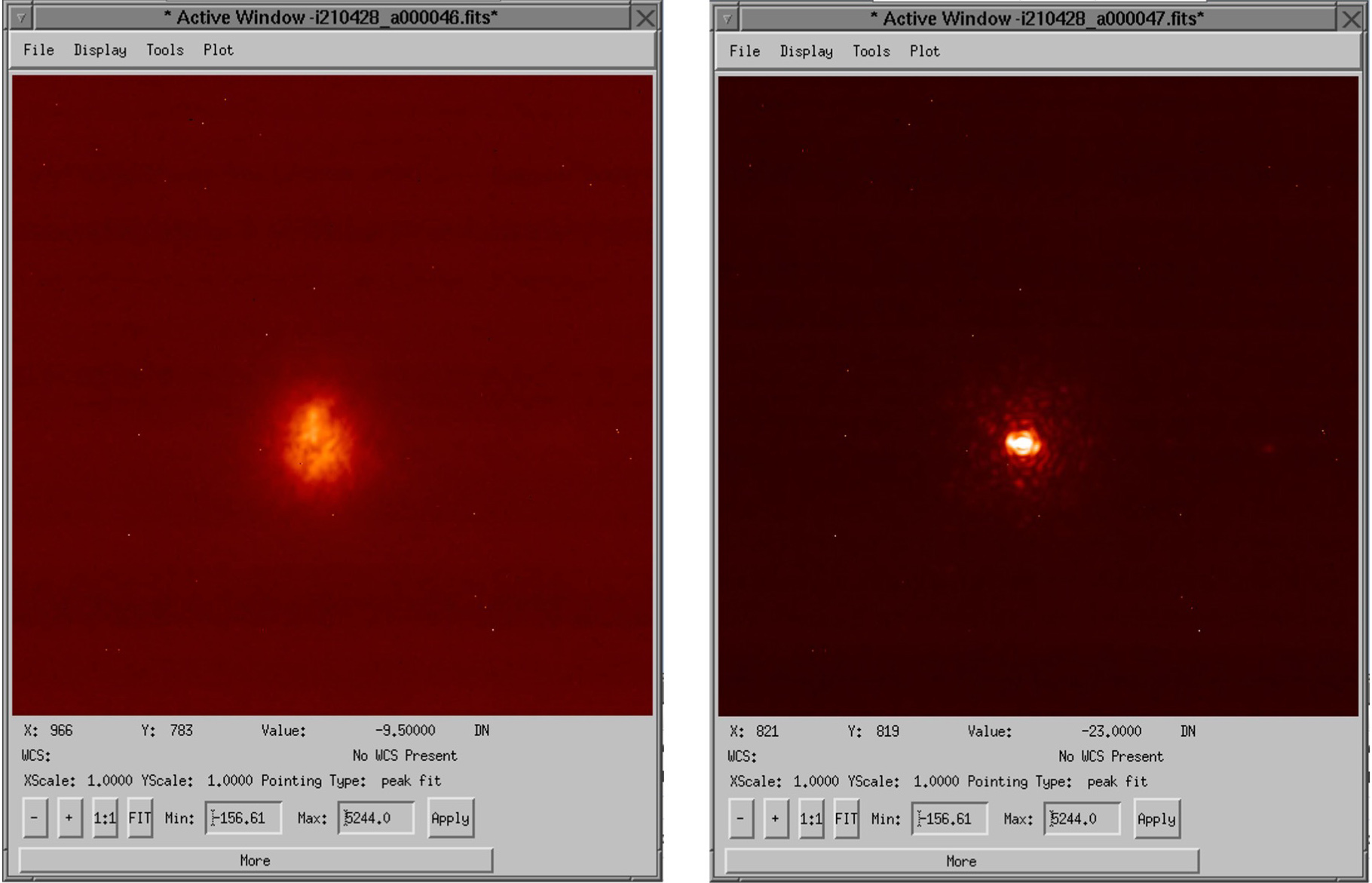 First light pictures: the left shows the loop open – a natural seeing limited image. The right image shows the loop closed – AO activated, turbulence corrected in real time and sharpened to the full resolution of a 10m telescope. The resulting image is about ten times sharper than the open loop image on the left. Credit: Karl Glazebrook/WMKO.