AAL recently supported a South Australian business and astronomers from the University of Adelaide to secure a $40 million contract to design and build water tanks to detect gamma-rays at an observatory located in South America.

In late 2020, AAL was approached by Dr Jose Bellido Caceres, an astronomer at the University of Adelaide, with an opportunity to support an Australian business to supply equipment (water tanks with internal geomembrane bags) to a gamma-ray observatory planned for construction in Peru, South America.

AAL worked with the Entrepreneur’s Programme, sponsored by the Department of Industry, Science, Energy and Resources (DISER), to support the business (Aquamate) and the university to fund a series of prototypes to be sent for field testing in Mexico and Peru. Aquamate is based about 10km south of Adelaide CBD in South Australia, with over 30-years’ experience in designing and building water storage tanks for the domestic and international market. Should field testing of the prototypes water tanks be successful, Aquamate could win a contract worth approximately $40 million to supply 6,500 water tanks to the Southern Widefield Gamma-ray Observatory (SWGO).

Gamma-rays cannot be directly detected from observatories on the ground, but radiation (also known as secondary particles) produced by gamma-rays interacting with the atmosphere can be detected in water. Once inside a water tank, it is possible to detect the light emitted by the secondary particles as they speed through the water, called Cherenkov light.

The Large High Altitude Air Shower Observatory (LHAASO) – a new large ground-based gamma-ray observatory located in China – has been able to discover (in 2021) a number of sources of very energetic gamma-rays, opening a new window in astronomy (the PeV window). The Southern Widefield Gamma-ray Observatory will survey the Southern sky, including the galactic centre, looking for PeV sources and transient gamma-ray sources ranging from hundreds GeV up to PeV energies.

The partnership with Aquamate clearly comes with enormous benefits for the SWGO Collaboration, and it seems other international scientific teams are also expressing interest in Aquamate’s geomembrane bags (see image to right), which will fit inside the water tanks made for the SWGO project. These geomembrane bags can also be used without the water tanks, submerged into large bodies of water. Researchers at the Max Plank Institute in Germany are currently looking at creating a next-generation detector at a natural lake in Peru,  using these geomembrane bags, spread over an area at least ten times larger than the SWGO. The German researchers have recently ordered Australian-made geomembrane bags from Aquamate for testing as they found them to be superior to those made in Germany.

For more information on the water tanks, Aquamate and the SWGO project, see the University of Adelaide’s news story.

AAL’s industry engagement activities aim to support the maximisation of the economic advantage to Australia from astronomy research. 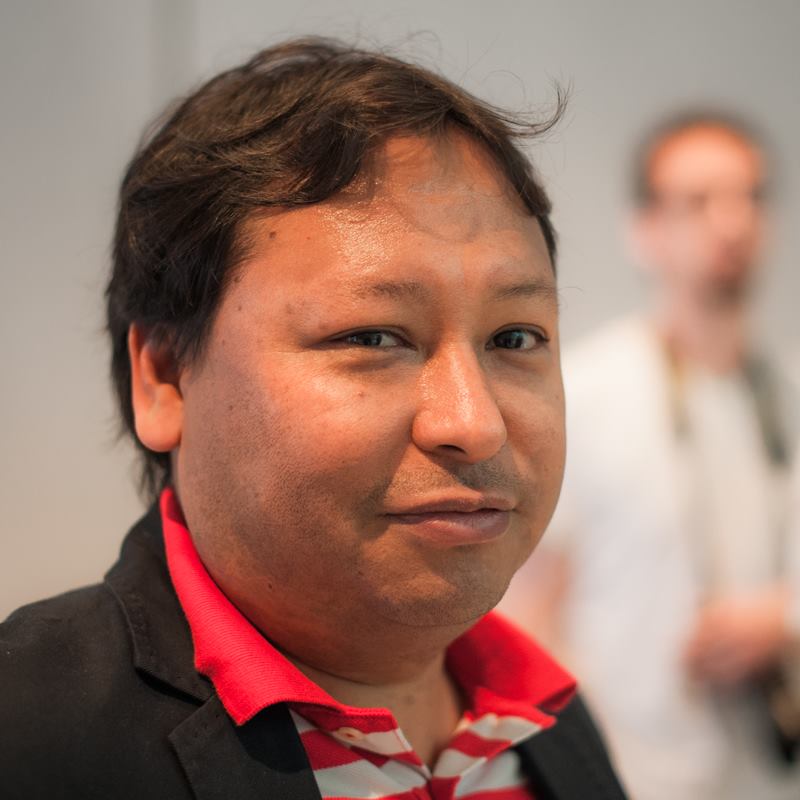 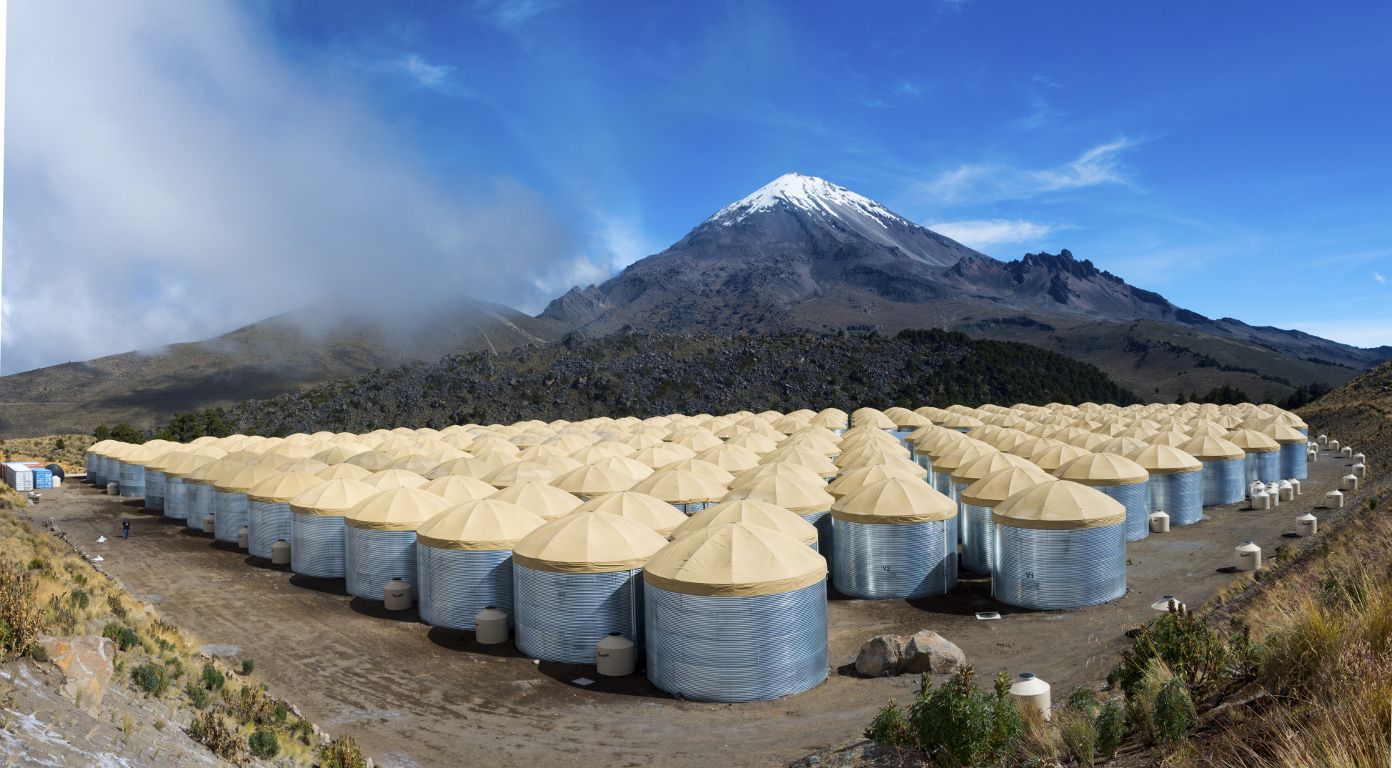 An existing gamma-ray observatory, HAWC, built in Mexico. The SWGO will build a similar observatory, but much larger, to be located in Peru, South America. Credit: HAWC Collaboration. 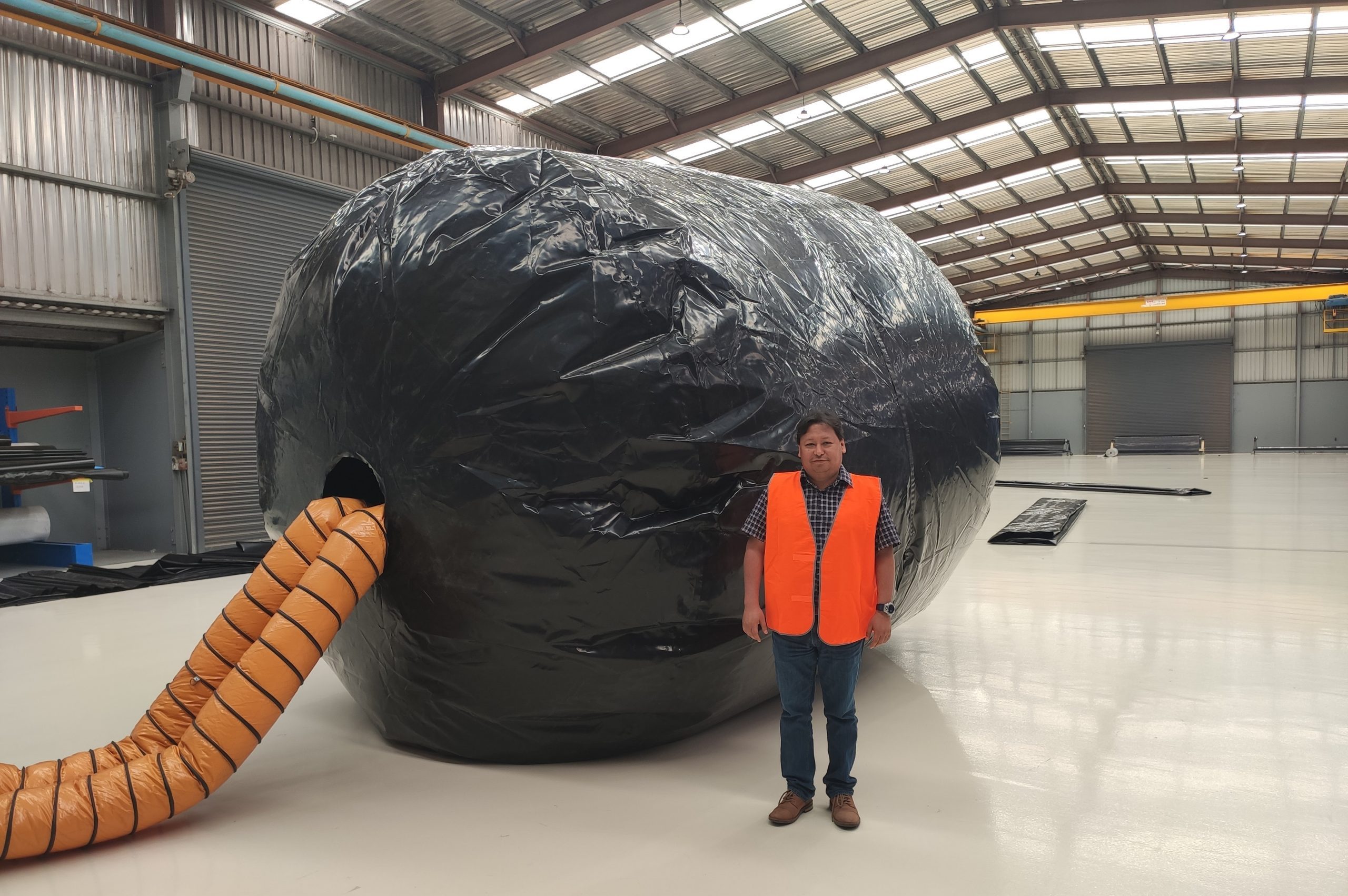