The newly named Astralis Consortium – formerly the Australian Astronomical Optics (AAO) Consortium – reached some key milestones over the past year. Along with the launch of its new brand, Astralis closed the deal on a major instrumentation project known as MAVIS, to be used on the Very Large Telescope (VLT) at the European Southern Observatory (ESO). With an agreement signed to begin construction on the $57M instrument, MAVIS is the imager and spectrograph that will allow us to peer back into the early Universe, increasing our understanding of how the first stars formed 13 billion years ago.

Established in July 2018, Astralis (then known as AAO) was part of an initial ten-year collaboration between four parties in response to the Commonwealth’s plan for a National Optical Astronomy Instrumentation Capability. The partners include three universities – Macquarie University, The Australian National University (ANU) and Sydney University, with AAL as the fourth partner in the consortium.

In line with national priorities, AAL has requested that NCRIS funds be largely directed toward projects related to ESO and the Giant Magellan Telescope (GMT). Astralis has already bid successfully on several projects that take advantage of the Australia-ESO Strategic Partnership. These include the Australian ESO Positioner (AESOP), part of the 4-metre Multi-Object Spectrograph Telescope (4MOST) system for ESO’s VISTA telescope, the MAVIS instrument for use on ESO’s VLT (see Consortium Highlight below), Heimdallr (the fringe-tracking system for the Asgard instrument that will be deployed at ESO’s VLT Interferometer enabling, high-contrast and high-resolution imaging) and ESO Pipeline Software. Astralis is also involved in the development of new ESO instrumentation projects at pre-conceptual stage (such as BlueMUSE, HRMOS and MAORY) through to those at concept design phases (such as  Eupraxia and CUBES).

MAVIS (short for Multi-conjugate-adaptive-optics-Assisted Visible Imager and Spectrograph) is a $57M project to create an instrument capable of delivering space-quality images from the ground. To be built over a seven-year period, MAVIS will be able to remove blurring from telescope images captured by European Southern Observatory (ESO) VLT in Chile, caused by turbulence in Earth’s atmosphere. Fitted to one of the VLT’s eight-metre Unit Telescopes, MAVIS will be able to produce images three times sharper than the Hubble Space Telescope, a world-first for ground-based instrumentation.

In June 2021, the project reached a significant milestone when an agreement was signed by ESO and representatives of an international consortium, led by Astralis, to build and operate MAVIS. The MAVIS Consortium is being led by the Australian National University (ANU) and includes Macquarie University, Istituto Nazionale di Astrofisica (INAF) in Italy, and Laboratoire d’Astrophysique de Marseille (LAM) in France.

For more on the MAVIS instrument, see the Astralis website. 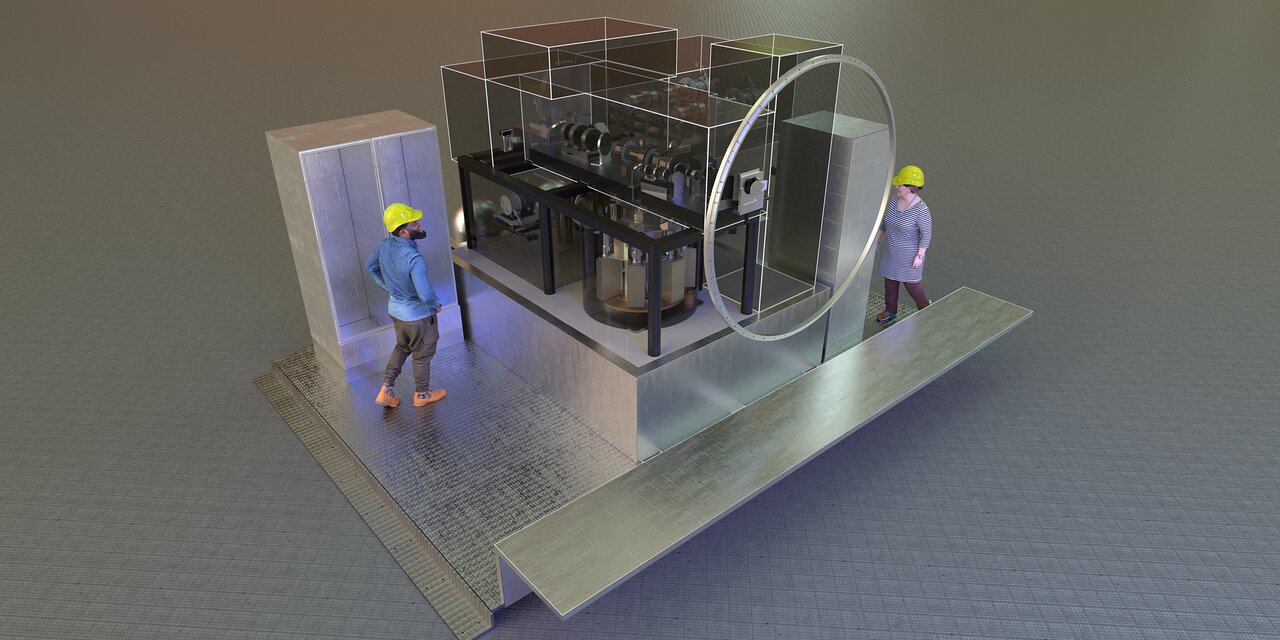 The AESOP project also passed a significant milestone during the 2020/21 period. AESOP is the Fibre Positioner subsystem for the 4MOST instrument. With its Echidna tilting spine technology, AESOP will simultaneously position 2,448 optical fibres at the focal surface of ESO’s VISTA telescope, allowing the 4MOST spectroscopic survey instrument to observe the southern sky for 15 years, obtaining spectra for millions of targets. AESOP is able to position all of its fibres on targets with better than 10-micron precision in less than 1 minute.

After being fully assembled in April 2020, the Astralis team successfully held the Local Acceptance Review (LAR) in October, which was attended remotely by the 4MOST Project Management Office. The last milestone for completion of the instrument, the success of the LAR has allowed AESOP to be disassembled and packed up, ready to be sent to Germany. Once there, it will be integrated with other 4MOST subsystems.

For more on the AESOP instrument, see the Astralis website.

The Consortium recently went through a rebranding exercise, creating a new name and a new brand for the consortium moving forward – Astralis. As well as a new logo, a new website was also created to highlight ongoing and completed major projects, the consortium capabilities and latest news items. Take a tour around the new Astralis website.

AAL supports the Astralis Consortium with funding from the National Collaborative Research Infrastructure Strategy (NCRIS). AAL was heavily involved in the establishment of the consortium, and as a partner provides effective and efficient oversight of the allocation of NCRIS funds and expenditure, ensuring conformity with the priorities of the Australian astronomical community.

AAL is actively involved in the activities of the Consortium, with representation on both the Astralis Board and the Astralis Management Committee. AAL also calls on the expertise of its advisory bodies, drawn from the Australian astronomical community, in its assessment of priorities for national investment in Astralis.