Modern astronomy is more dependent on Big Data than ever before – with computational modelling, access to data in real-time and huge storage capabilities critical for theoretical, radio, optical and gravitational wave science. Astronomers must now deal with complex data issues in a space that has become highly specialised, while also attempting to conduct observations and complete ongoing research. As a result, the professionals at Astronomy Data and Computing Services (ADACS) have never been more invaluable to the Australian astronomy community, allowing them to concentrate on the work they do best while taking care of all their data requirements.

Hosted by nodes at Swinburne University of Technology and Curtin University, ADACS is an unincorporated joint venture between AAL and these two major Australian institutions, who deliver software support, training and high-performance computing resources to Australian-based astronomers. Since operations began in 2017, ADACS has provided assistance for astronomers to maximise their scientific return from data and computing infrastructure. Recently, the software engineers and project managers based at ADACS have been involved in a number of commercial ventures, aiding astronomers engaged with industry to realise their goals in an entirely different arena. See here for more on ADACS and industry engagement.

Throughout the past year, ADACS conducted various training events, reaching over 300 participants. While COVID-19 restrictions forced each session to be online only, the feedback from participants was overwhelmingly positive. The dedicated ADACS YouTube channel received 43k views with 1800 hours of content consumed. The professional software services and training programs offered by ADACS were popular again over the past period, with 13 projects delivered and the OzSTAR supercomputer operating at an extremely high level of ‘uptime’ for the year (99%). OzSTAR was also highly rated by users, receiving an average score of 4.4 out of 5.0 across 11 categories, showing an overall high level of satisfaction with the service.

An example of how ADACS supports the real-time data requirements of astronomers can be seen via the WALLABY survey project, mapping three quarters of the sky with the ASKAP radio telescope. The aim of WALLABY is to detect the distribution of cold hydrogen gas in galaxy clusters and the project is expected to produce over 1 Petabyte of data in its attempt to detect up to 500,000 galaxies. The WALLABY project is aided by a fully automated data pipeline called SoFiA, designed to find galactic needles in a haystack while also determining the properties of each detected galaxy. An ADACS Software Support Project contributed to SoFiA, allowing the data pipeline to operate much faster when sifting through WALLABY data cubes, so much so that it can now work in real-time. SoFiA’s execution time, thanks to ADACS, is now only dependent on the number of CPUs available to run the software. See more from the paper here, published in the Monthly Notices of the Royal Astronomical Society. 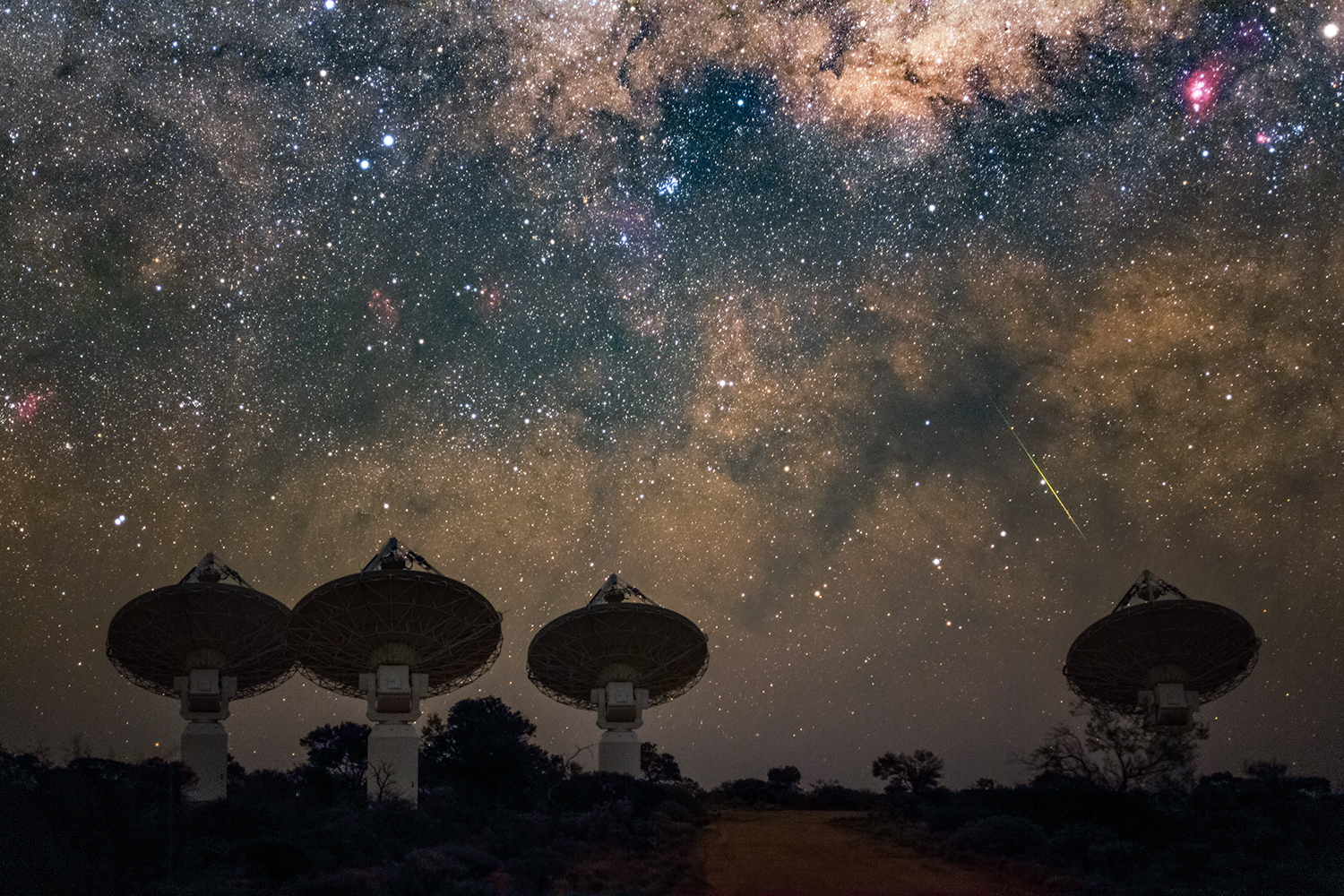 Turning a mobile phone into a cosmic ray detector may sound unlikely, but the CREDO citizen science project will allow anyone with a smartphone to detect the high energy particles from space, with ADACS making this exciting project possible for the wider Australian public. Bombarding our planet on a daily basis, Cosmic Rays are high energy particles that may have come from an exploding star or another high energy astronomical object. When they hit Earth’s atmosphere, these Cosmic Rays create a shower of charged particles that Australians will be able to detect using a camera on any smartphone device. To ensure greater usability, ADACS was tasked with creating an app that would function on any smartphone platform, opening the project up to more citizen scientists (and potential future scientists) in schools and universities across the country. The ultimate goal of CREDO is to detect the highest energy cosmic rays – a feat that may be possible if enough members of the public join the project. These rare cosmic rays may be caused by the self-annihilation of dark matter – which is yet to be directly detected – but is believed to make up approximately 85% of the matter in the universe. See more about the CREDO project here.

A number of science highlights have also arisen from projects awarded time through the Astronomy Supercomputing Time Allocation Committee (ASTAC) Large Program allocation on the NCI Gadi facility. This is a new program introduced during 2020/21 in addition to the regular ASTAC program that has been allocating time on the NCI and Swinburne facilities for many years. Managed by AAL, the Large Program is supported by ASTAC (and ADACS) through running the allocation process, managing the online proposal system and providing guidance to the successful applicants. To date, 37.4 million service units (MSU) has been awarded across 8 successful projects: 20 MSU in the 2020/21 period and 17.4 MSU to be used in the next period (2021/22). The list of highlights can be seen in the breakout box, along with links provided for further reading.

See below for some of the papers published by projects awarded ASTAC Large Program allocations on the NCI Gadi facility:

As per previous periods, the OzSTAR supercomputer played a role in supporting many of the scientific discoveries that occurred during the past year, appearing in over 128 astronomy publications as a key component of the work. One of the standout publications, by the Monash star/planet formation group, highlights how planets around young stars can be directly observed while in the process of formation inside a disk of gas and dust around a young star. See their paper here, published in Monthly Notices of the Royal Astronomical Society.

Another highlight involved the first pulsar discovered using MWA and OzSTAR – see AAL’s annual report item on the MWA for more information on this discovery, or AAL’s news story written at the time the discovery was made public. 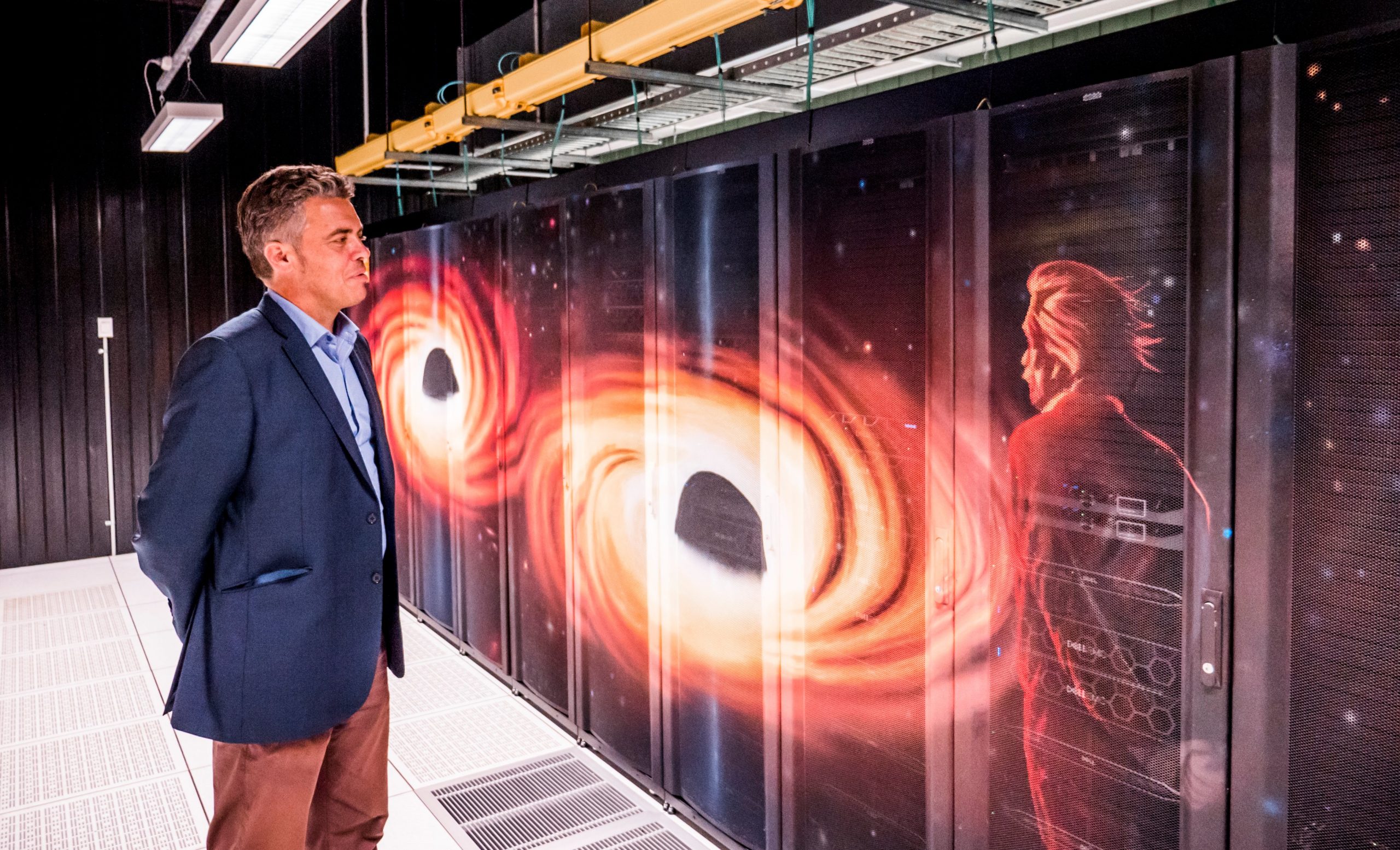 In 2020 AAL and Swinburne announced a partnership to provide dedicated astronomy access within the NeCTAR Cloud network. The access available consists of 2,000 virtual CPUs, with attachable volume storage and advanced networking. Support for the usage of these resources is provided from within the ADACS team at Swinburne. See more information on the ADACS website.